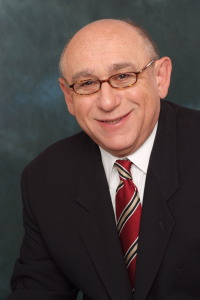 Sam Tenenbaum is an expert in the field of litigation and has practiced in courts throughout the United States as well as in foreign jurisdictions. He holds the positions of Clinical Professor of Law and Director, Complex Civil Litigation and Investor Protection Center, Northwestern  University Pritzker School of Law. He is also a Commissioner on the Uniform Laws Commission. He was a visiting Professor at Tel Aviv University School of Law in the Spring of 2005 , a visiting Professor at Hebrew University (Jerusalem) School of Law in the Spring 2011 and a visiting Professor at IDC (Herzliya) Harry Radzyner Law School in the Spring of 2018 .   He served as a law clerk to United States District Judge, Northern District of Illinois, Richard W. McLaren.   Sam received his J.D. (cum laude) from Northwestern(Editor-in Chief of the Northwestern Law Review, Order of the Coif) and his B.A. from  Ohio State University.